Hindu Temple of Dayton will be conducting a “MAHARUDRA YAGNA” on June, 12th and 13th, 2015.
Click here for event details

Sri Rudram chant is an ancient Vedic hymn and it beholds the Panchakshara Manthra viz., Namashivaya in its core. Through the chanting of Rudra, Lord Shiva’s various aspects and attributes are invoked and worshipped.

Sri Rudram is in two parts. The first part, chapter 16 of Yajurveda is known as ‘Namakam’ because of the repeated use of the word ‘Namo’ in it. The second part, chapter 18 of the Yajurveda is known as ‘Chamakam’ because of the repeated use of ‘Chame’. Repeated chanting of Rudram in a set pattern multiplies the benefits in many folds for the individual as well as the entire community. Sri Rudram, if chanted for 11 times is known as Rudra Ekadasi. 11 Rudra Ekadasi makes one Lagu Rudram. 11 Lagu Rudrams or 121 Rudra Ekadasi is Maharudram. Before the start of the Maharudram Lord Shiva and other Devathas are first invoked in the Kalasas with appropriate Manthras. Mahanyasam is then chanted to invoke Lord Shiva within ourselves. Thereafter Rudram is chanted and towards the final stages of chanting Rudra Homam is performed. It is very rare that a Yagna of this significance and magnitude can be witnessed. Equally rare is the opportunity for the people to actually participate in the worship. It is done particularly for washing away ones sins and affliction, for bringing peace, prosperity and happiness for the community. 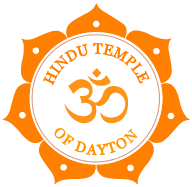