On behalf of Hindu Community of Dayton our best wishes,

Greetings and namaste to all of you 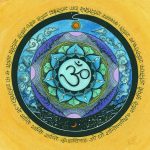